The past 8 months have been the wildest that the gun industry has ever seen. Demand has been through the roof and supply has been lagging. Store shelves and online retailers are out of stock everywhere. This ammo shortage has created a cyclical effect of driving demand even more. What has been going on to cause this, and how long will this persist? With a little more inside knowledge than most other write ups you have probably seen at this point, we can fill you in a bit more.

Obviously, all of this started back in March when the Covid-19 pandemic made its way into the US. Shutdowns quickly came and the uncertainty increased demand. That meant that the manufacturers were shut down in most places as well. So everybody was rushing to buy ammunition and very little was being supplied. Even after lockdowns were eased, the backlog was still a lot to chip away at.

Then came the protests and the riots… The fear that this caused led many homeowners and business owners to more panic buys. With the movements about defunding the police, more people feel the need to take charge of their own safety. It has been such a sad time to see things like the burning of people’s businesses and destruction of homes here in America. 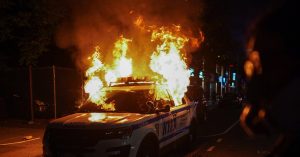 This leads into the political aspect of what has been going on in the ammo shortage. The fact that it is an election year has led to more uncertainty. If you aren’t catching the theme, it is that uncertainty in the world leads to increased demand in the ammo market. All of these waves of demand are just crippling the supply. 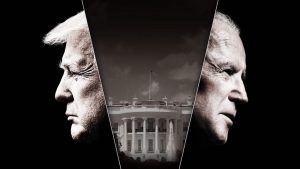 This carries us into one of the biggest points that many people haven’t discussed. An insane demand should usually be a great problem for manufacturers to have. For one company in particular, this time has not been good for them. Remington filed for chapter 11 bankruptcy protection in July. Their production has been at a virtual halt while trying to figure out asset sales. The asset sales were just finalized on September 29th. So after a little bit of time, we should see the new owners of these production lines getting back on track with helping with supply for the ammo shortage. 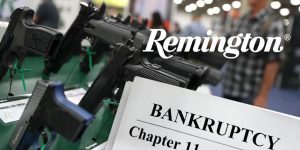 Remington production lines opening back up will be welcomed here at Mason Munitions. We actually receive our buckshot lead for our popular minishell line from Remington. It’s wild to think that when all of this started I felt pretty good about our inventory, feeling like I saw the writing on the wall and stocked up in time. But here we are months later and I don’t think anybody saw this perfect storm for demand really becoming what it has. Despite the ammo shortage and ammo materials shortage such as lead for us and primers for many others, we have had a record year. Minishell adapters and all of our minishell offerings have been flying off the shelves. Our most popular buckshot minishell line will be back in stock very soon. We are working very hard on bringing back our minishell slugs as well.

The year 2020 has been a very interesting time for manufacturers and a very tumultuous time for the people in search of ammunition. I wish I had positive news to report, but it is looking like there is still going to be a shortage well into 2021. My advice? Stay on the hunt for ammo and buy up what you can whenever you get the chance.

1 thought on “Ammo Shortage: What Is Going On?”